The following infections result in very few people, but the few who are diagnosed will suffer for the rest of their lives. 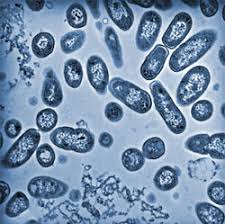 Between 5% and 30% of patients who suffer an acute episode of infectious gastroenteritis develop chronic gastrointestinal symptoms despite clearance of the inciting pathogens.

In terms of its own data, the “study confirm[ed] a strong and significant relationship between acute enteric infection and subsequent IBS symptoms.” The WHS also identified risk factors for subsequent IBS, including: younger age; female sex; and four features of the acute enteric illness—diarrhea for > 7days, presence of blood in stools, abdominal cramps, and weight loss of at least ten pounds.

Irritable bowel syndrome (IBS) is a chronic disorder characterized by alternating bouts of constipation and diarrhea, both of which are generally accompanied by abdominal cramping and pain. In one recent study, over one-third of IBS sufferers had had IBS for more than ten years, with their symptoms remaining fairly constant over time. IBS sufferers typically experienced symptoms for an average of 8.1 days per month.

As would be expected from a chronic disorder, IBS sufferers required more time off work, spent more days in bed, and more often cut down on usual activities, when compared with non-IBS sufferers. And even when able to work, a significant majority (67%), felt less productive at work because of their symptoms. IBS symptoms also have a significantly deleterious impact on social well-being and daily social activities, such as undertaking a long drive, going to a restaurant, or taking a vacation. Finally, while a patient’s psychological state may influence the way in which he or she copes with illness, and responds to treatment, there is no evidence that supports the theory that psychological disturbances in facts cause IBS or its symptoms.

Several bacteria, including Salmonella, induce septic arthritis. The resulting joint pain and inflammation can resolve completely over time or permanent joint damage can occur. In a small number of persons, the joint inflammation is accompanied by conjunctivitis and uveitis, (inflammation of the eyes), and cystitis (painful urination). This triad of symptoms is called Reiter’s Syndrome. Reiter’s Syndrome is a special form of reactive arthritis, autoimmune disorder triggered by the Salmonella infection. It occurs in persons with a genetic predisposition and can last for a year or more. Antibiotic treatment does not make a difference in whether or not the person later develops arthritis.

The term reactive arthritis refers to an inflammation of one or more joints, following an infection localized at another site distant from the affected joints. The predominant site of the infection is the gastrointestinal tract. During outbreaks of Salmonella infections, reactive arthritis incidences from 1% to 15% have been reported