The recalled Veggie Booty has tested positive for two strains of salmonella, both Salmonella Wandsworth and Salmonella Typhimurium.  The majority of the victims are children between the ages of 10 months to 3 years which is not surprising seeing as though the company markets the snack as "healthy" and appealing to all ages, even babies. Full Story 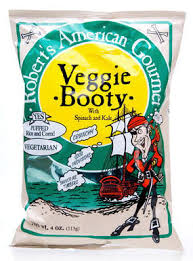 Salmonella Wandsworth, a rare strain of salmonella bacteria, sickened people in 65 of the reported cases, while Salmonella Typhimurium was responsible for the remaining ten, according to the Web site of The Centers for Disease Control and Prevention (CDC). No deaths have been linked to the salmonella outbreak.

Although symptoms for most of those patients appeared before Robert’s issued a recall of the nationally-distributed Veggie Booty snacks on June 28, the federal Food and Drug Administration continues to caution anyone who might have consumed the tainted snack to watch for symptoms, especially in children.