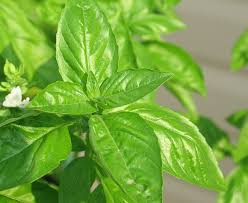 The Associated Press reports that some 5,500 pounds of basil grown in Mexico and sold in the United States is being recalled because of fears it may be infected with salmonella.

It was sold to food distributors in Southern California, Texas and Illinois.

Top Line spokesman Alberto Martinez says FDA officials detected the possible contamination during a random check of the basil as it passed over the border.