The Associated Press reports that the recalled Peter Pan and Great Value peanut butter has been connected to the recent salmonella outbreak in 39 states. 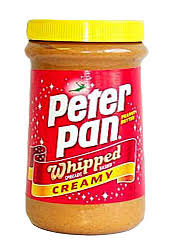 Consumers should throw away certain jars of Peter Pan and Great Value peanut butter after the spread was linked to a salmonella outbreak that has sickened almost 300 people around the country, ConAgra said.

Lids of jars produced by ConAgra Foods with a product code beginning "2111" can be returned to the company for a refund, the company said.

The salmonella outbreak, which federal health officials said Wednesday has sickened 288 people in 39 states since August, was linked to tainted peanut butter produced by ConAgra at a plant in Sylvester, Ga. How salmonella got into peanut butter is still under investigation, said Dr. Mike Lynch, an epidemiologist at the Centers for Disease Control and Prevention.