The Green Leafe Cafe in Williamsburg, VA, is being investigated after many contracted salmonella including the bands, My Chemical Romance and The Muse. Full Story 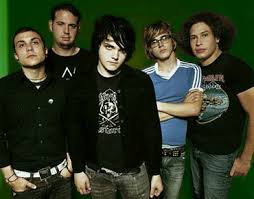 Williamsburg – Peninsula Health Department officials are focusing their investigation on people who ate food from Williamsburg’s Green Leafe Cafe over the weekend of April 27th through the 29th. They’ve confirmed that the culprit is salmonella bacteria.

Members and crew of the two bands got sick after performing April 28th at the College of William and Mary. Members of a private wedding party and a William and Mary a cappella singing group also got sick.