Joel Parker’s son tested positive for salmonella after eating at the Pars Cove booth at the Taste of Chicago. 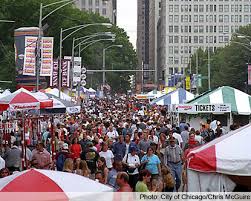 Joel Parker is suing Pars Cove Persian Cuisine after his 16-year-old son ate hummus alleged to be contaminated with salmonella. The suit was filed Friday.

The teen ate the hummus shirazi salad on July 1, according to the lawsuit.

That food item has been the center of an investigation on tainted food served at the Chicago festival by city health inspectors.

Officials said Pars Cove owners have been cooperating during the investigation.

The restaurant served 23,000 servings of hummus