Here’s an article from NewsInferno.com about our nation’s recent food safety problems, including the nationwide peanut butter outbreak. Full Story 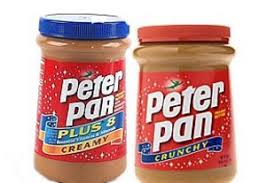 Late last month, the CDC reported that confirmed cases of salmonella caused by the Peter Pan and Great Value brands of Peanut Butter had grown by nearly 200 since the agency’s last report in March. The CDC now puts the number of individuals sickened by the peanut butter at more than 600 in 47 states. The toll also included 2 deaths. However, because not all cases of salmonella are reported, some believe these numbers could be much higher. It could be some time, if ever, before the full scope of the problem becomes apparent.

Several government agencies, as well as the peanut butter’s manufacturer ConAgra, have come under fire for their slow response to the outbreak. Though an unusually high incidence of salmonella poisoning was first noticed in Tennessee in November 2006, it is thought that the first illnesses may have occurred as early as March 2006. It wasn’t until February 2007 that the CDC was able to trace the source of the illness to peanut butter produced by a ConAgra factory in Sylvester Georgia. That same month, ConAgra finally issued a recall of its Peter Pan and Great Value brand peanut butter produced at that factory.

The federal agency responsible for insuring food safety was also been taken to task for its role in the incident. In April 2007, the Washington Post published documents proving that the FDA, as well as ConAgra, knew of contamination problems at the plant as far back as 2004. The agency took few corrective measures, assuming that ConAgra would address the situation itself. ConAgra apparently did little to nothing to fix the problem.