Arizona health officials are still uncertain what the source of the salmonella outbreak is that cause 14 people to become ill, 7 of which were hospitalized.  Full story from The Arizona Republic 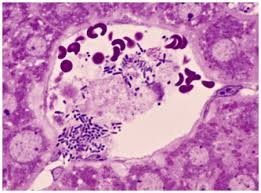 Ken Komatsu, top epidemiologist for the Arizona Department of Health Services, said seven of those ill in Arizona had to be hospitalized after becoming infected with salmonella, a food-borne germ. He said other states – California, Idaho and Nevada – also reported infections from the same strain.

Komatsu said the outbreak this fall in Arizona has been surprising because so many of the people infected in Arizona had to be hospitalized and because the rod-shaped germ has resisted some antibiotics.

Arizona experts believe the outbreak stemmed from an undetermined product sold by a chain store.